What is the best song ever made? 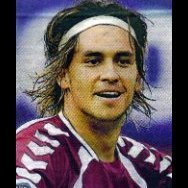 By Greedy Jambo,
May 13 in The Shed