Vlad to stand trial for Fraud 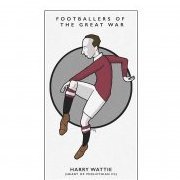 By Deevers,
August 30 in The Terrace