Formation on Sunday. Your choice. 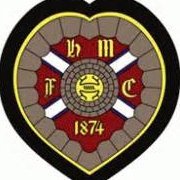 By No Idle Talk,
Yesterday at 00:21 in The Terrace

What formation would you like to see us play on Sunday?