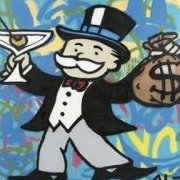 By Lord BJ,
February 23 in The Shed